Shradhanjali Integrated School, Bangalore – APD’s Inclusive Education school at the Lingarajapuram headquarter – conducted its Annual Sports Day on October 15, 2019. Students from Nursery to Class VII participated in the event with enthusiasm and pride, along with their parents, sponsors and supporters in the audience.

The program began with the principal, Mrs Anita Roy, welcoming the parents, supporters and children. She emphasized on the importance of sports in a child’s life.

The guests of honour – Mr Clive Bellows and Mr Antony Cooney from Global Fund Services (GFS) along with Mr Kamal Rajan and Mr Anil from Northern Trust – were welcomed with a gift for saplings from APD’s very own nursery. This was followed by a melodious welcome song by the school choir.

As the ribbon was cut, bunches of balloons were released into the sky, much to the delight and joyful shouts of the children.

Students competed in events such as the running race, lemon and spoon race, wheelchair and rollator race and more.

Tiny tots and students from primary classes conducted an enthralling drill that had the spectators smiling and clapping their hands in encouragement.

Whenever the budding athletes of SIS ran for the finishing line, the ground reverberated with enthusiastic cheers from the spectators.

Games organized for the parents and volunteers saw impressive participation, adding to the overall enjoyment of the event.

The chief guest, Mr Clive Bellows, praised the endeavours of the school.

Merit and participation certificates along with medals and trophies were awarded to the students. 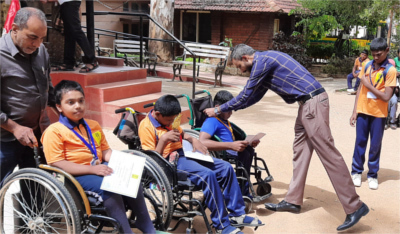 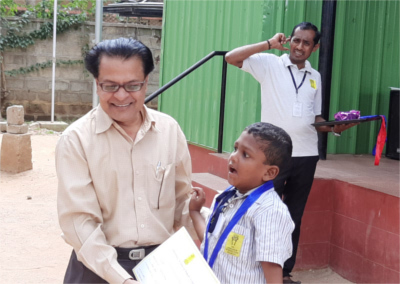 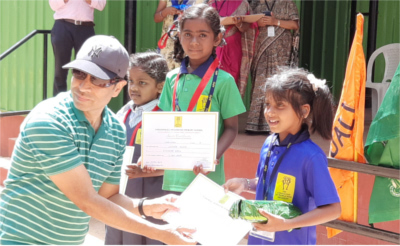 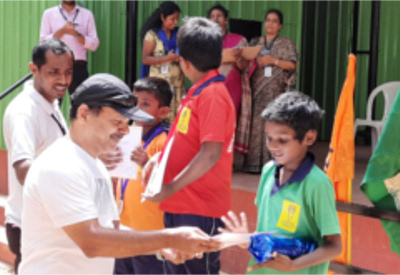 Mrs Anita thanked the attendees, especially the Northern Trust volunteers, for their support and help that helped SIS put up a great show.

The program concluded with the playing of the National Anthem along with its silent interpretation by the children with speech and hearing impairment.