Self-pity to Appreciation: Depression to Self-reliance - A Case Study 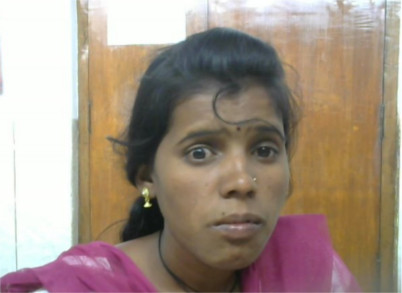 Twenty-six-year-old Kellava, from Bedavatti village, Koppal district, cursed God and her own misfortune for her congenital condition - a double-tongue that left her speech impaired. Her father, an agricultural daily wage worker, was the sole breadwinner for the family of 14 members. Her treatment was unaffordable.

Kellava was bullied severely in school, by peers and people in the community. Her courage finally gave way and she dropped out of school after completing Class 10th. She chose to earn money in the farms like her father, earning ₹100 a day whenever work was available.

In 2015, Kellava managed to get surgery but she was still speech impaired for lack of training and practice. She shunned all social occasions as when she did gather the nerve to go, she was discouraged from participating in events.

One day, a Village Rehabilitation Worker approached her and advised her to attend the Foundational Course run by APD at the Tavaregere campus of APD’s partner, Samarthya. The 24-day course changed Kellava’s outlook completely. She made friends. She saw others with disabilities worse than hers. This made her appreciate her abilities and shake off the destructive self-pity and depression she had allowed in her life.

She convinced her hesitant parents to send her to Bangalore for the 2-month Retail Course. During the course, she soaked up all the knowledge that was shared and mastered the skills needed for the job. With proper intervention, her speech became clear and she started communicating with confidence.

Kellava received on-the-job training from Star Bazaar and finally bagged the job of an Associate with Vishal Mega Mart, Bommanahalli.

When Kellava visits her village, people say they want to be like her, to live in Bangalore and earn their own living. Kellava has become a role model. She is delighted to support her parents, who have loved and supported her unconditionally throughout. In turn, her parents are incredibly proud of her achievements.

She hopes her contributions will improve the economic status of her family and that she can grow professionally.

Her message to society: “You must turn back and see people like us. We are capable.”