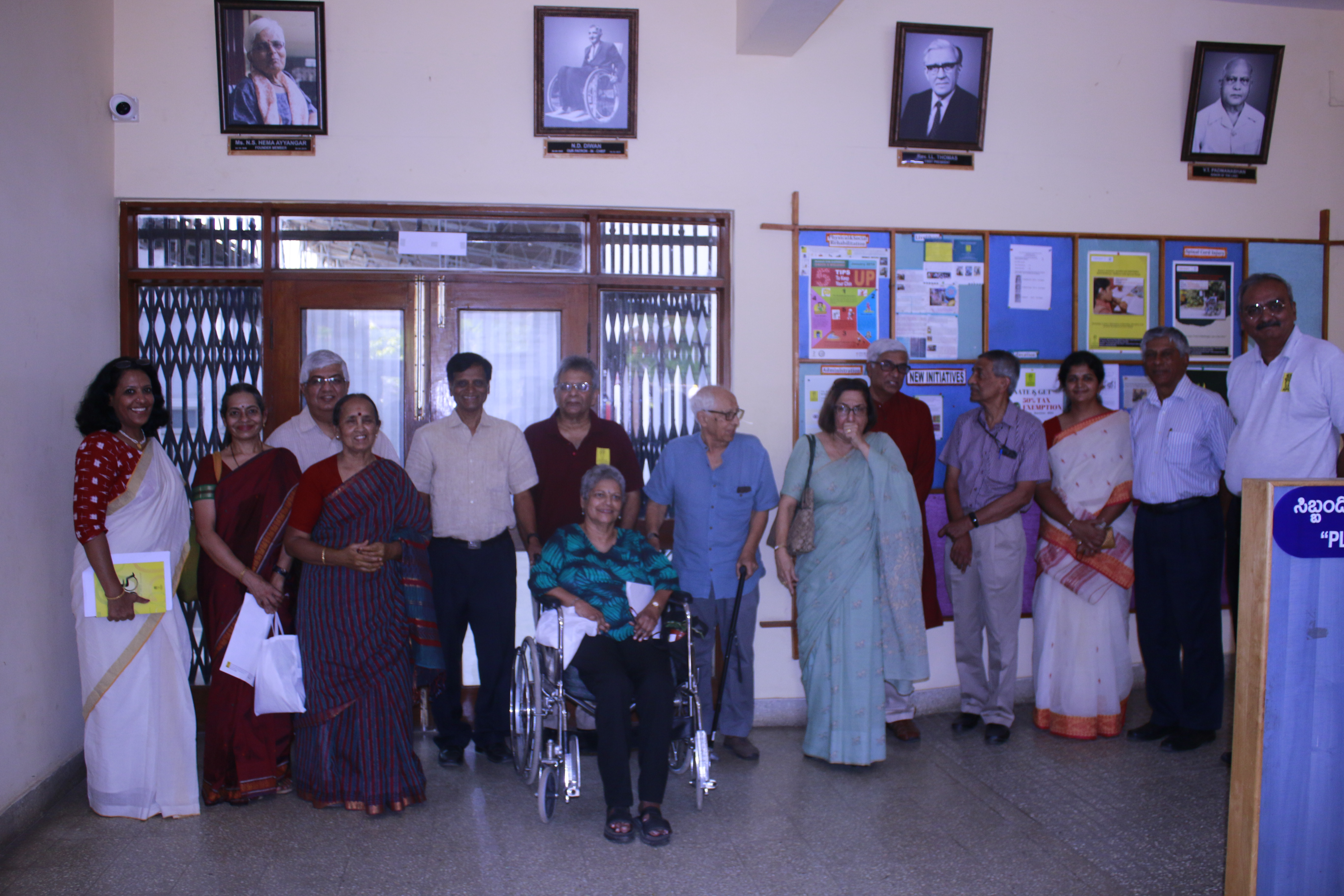 May 20, 1959. This is a momentous date marking the founding of The Association of People with Disability (APD). APD completed 60 years of service on May 20, 2019. An event on May 22 kicked off a 5-month celebration that will be steeped in flavours of the 60th anniversary across APD campuses.

The day included announcements of new programs, some launches and the expression of gratitude towards board members, other stakeholders and APD staff.

But before that, we take you on a short walkthrough of APD’s history.

It was way back in 1959, that the dream of an equal world was sown from a small room in Malleshwaram, 18th Cross in Bangalore, Karnataka. Our visionary founder, late N S Hema, a wheelchair-bound young girl of 17 put forth her desire to start an organisation for people like her.

This was not an era of human rights or inclusion. But everything this group dreamt, planned and strategized was for an equal world where people with disabilities would have equal opportunities and walk hand in hand with able-bodied peers.

APD completed 60 years on May 20, 2019.  It’s a huge milestone in our lives, having grown from a small shelter to the multiple centres APD has now. It’s been huge growth that has impacted 500,000 lives through our multitude of programs.

There are many committed individuals to remember as we talk about the history of APD. First comes the founders - most importantly the President, Mr I L Thomas, Principal of the Bishop Cotton School; Vice President, Mr N S Ayyangar; Secretary, Ms Lakshmi Menon and Treasurer, Mr N D Diwan.

On May 14, 1959, 24 members of APH elected the as office bearers. In 1960, Mr V T Padmanabhan, an eminent industrialist gifted 2 acres of land to APH in Lingarajapuram.

During the 1990-2000-decade, significant changes happened in APH and the disability sector. APH was renamed to The Association of People with Disability (APD) in 1997. From dealing with a single disability, it evolved into a multi-disability organisation. From having a pure institutional focus, the focus moved to a Community Based Organisation.

APD pioneered the advocacy discourse for the enactment of the promotion of equal opportunities for People with Disabilities Act.

There is so much in a name. APD means a collective in the voice of Mr Naidu, a pillar of APD for 2 decades.

Much gratitude to our supporters

APD has evolved into a stronger and more capable organisation with the support of its board members, friends and family of Hema, NGOs and networks, donors and supporters, individual and institutions, foundations and companies and the Government of Karnataka.

We are grateful to our staff, students, teachers and the communities we work with who supported us to make this journey a wonderful one.

In this 60th year, we miss our founder N S Hema. As a tribute to her, the 60th-anniversary celebrations will culminate on October 4, APD's Founder's Day, which is also her birthday.

Our chief guest at the May 22 event, Karnataka Govt. Additional Commissioner (Finance, IT, SWM, Welfare), BBMP, Mr Randeep Singh, felicitated APD on its 60th anniversary. He said APD's work in Bijapur inspired him when he was the DC there, and that his team, in collaboration with APD, was able to do good work and reach many people with disabilities.

APD honoured its board members, from inception to date.

APD announced two signature programs that will be launched in the next 5 years.

Elderly Rehabilitation – This program will provide rehabilitation services to the elderly including therapy, counselling and capacity building of family/caregivers on management aspects, assistive and adaptive device support, and accessibility support.

Institute of Disability, Research and Rehabilitation – This program, already in existence, aims to be an institute of excellence in the area of academics and research on disability. The vision is to train people in Rehabilitation, Disability prevention and Management as well as Capacity Building; and conduct courses related to rehabilitation, teacher’s training that attracts students from all over the country and abroad.

The 60-year APD logo was unveiled across centres, the website and social media channels.

APD’s reception area got a revamp with a showcase for awards and other improvements.

Awards were distributed to recognise the contributions of APD staff, the backbone of our organisation.

Call for applications for the N S Hema Memorial Award 2019.

The Award will go to one NGO which is doing excellent work in the field of disability in South India for the last 3 years and will consist of ₹1,00,000/- and a citation. Get the details and the form here.

APD’s 60th-year celebrations will be spread out over months till the culmination on October 4, 2019, APD’s Founder's Day.