All Haroon needed was the right help at the right time 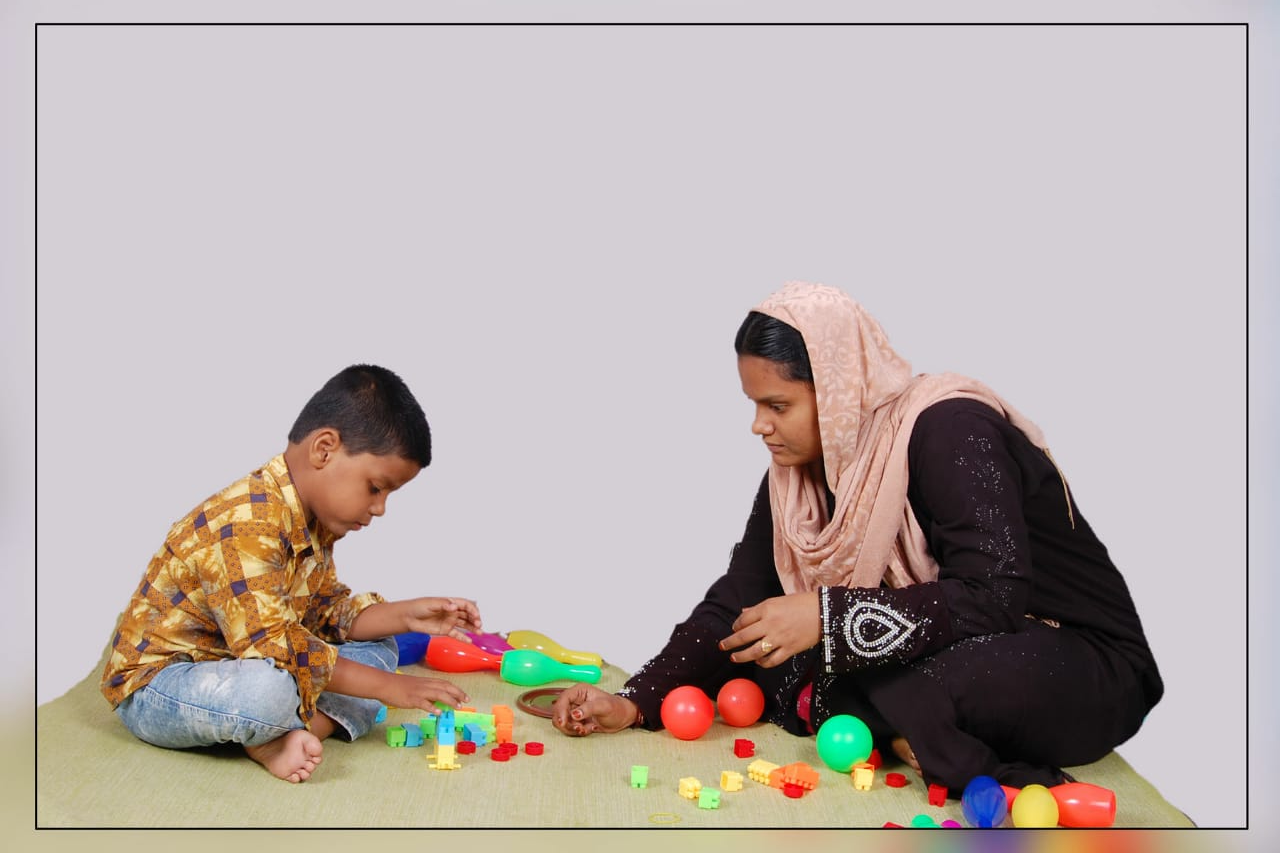 When Haroon was born in 2015, his family celebrated the “first boy child.” As Haroon grew older, his temper tantrums, hyperactivity, and over-sensitivity to loud sounds became frequent and noticeable. The boy was cranky and could not call his mother “Ammi.”

Haroon’s mother was blamed as the cause.

Being part of a relatively poor family, Haroon’s condition did not warrant the need for a doctor’s diagnosis. However, at Haroon’s age of two and a half years, his mother realised that her son could have some issues. With her husband’s support, she took Haroon to a nearby doctor. The doctor dismissed their fears and sent them off with advice that their son would outgrow his behaviour.

Thankfully, in August 2018, an Anganwadi teacher referred Haroon to APD’s Early Intervention programme. On assessment, he was diagnosed with developmental delay - delays in speech, social, play and self-help milestones.

APD’s Lingarajapuram campus is right next to a railway track. Every time a train passed by Haroon would throw a tantrum. He was hyperactive and could barely sit at one place for more than a minute.

Haroon was engaged with play-based intervention activities. His mother was trained to do the same at home. Haroon loved water and hydrotherapy helped him calm down. His attention span started to grow.

Over time, Haroon could sit and focus on an activity for half an hour. He could communicate in sentences and gestures. He began to share his experience of his school at APD. His mother says he is sure to be a great storyteller!

APD further supported the family to get a disability card and pension.

Haroon’s life has changed tremendously. So has his mother’s.

She says, “Once they could see Haroon was not like other children, my extended family said it was because of me that my child was born like this. I had lost hope as I couldn’t get any clear understanding about my child. APD’s staff explained to me my child’s condition which gave hope and today after about 2 years of therapy, my child is going to a regular school and my extended family has accepted me and my son. Thanks to APD’s staff for supporting my son.”

Hussain and his mother share a special bond, a bond that is infused with empathy and understanding.

Hussain, Haroon’s Early Interventionist, says, “Haroon is a hyper-energetic five-year-old boy whose infectious smile, positive attitude, and fight to overcome his developmental delay motivates me. I am driven to work along with him to inspire and impact many more children with developmental delays and their families.”

Copyright © 2021, The Association of People with Disability. All rights reserved